India already developed its first self-driving car, Some facts of it

Driverless Cars, This reminds everyone of Google. Daimler, Nissan, General Motors, BMW, Google and Tesla are investing big bucks in developing driverless cars across the world. But, India developed its Driverless car. Here's the story. No wonder we say, India is a Tech biggie.

Bengaluru, An Indian city, based techie Roshy John, who is practice head, robotics and cognitive systems at TCS, along with his team is developing India's first driverless car. Prototype is ready and initial tests are done. 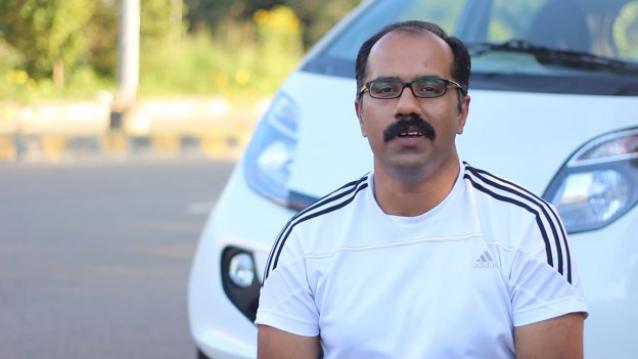 Roshy witnessed a near-death experience while returning to home from airport in a taxi as the driver was sleepy. He had to sit in rear sit and took the steering wheel in his hands to drive home safely. And that was the time when he thought of inventing an autonomous vehicle within his capabilities.

In his blog post, Roshy said that he had no clue from where to start. And five years later, "I selected Tata Nano because it is a rear engine vehicle, it has so much of place for sensors and actuators, and it is a cute little car," he added. John purchased a Nano to test the software in 2011.

John along with his 29-member team worked on the software and algorithms in their free time and created a 3D model to test it. Creating an algorithm using a custom cluster (multiple computers), the team were able to read all parameters of the engine.

The car is also equipped with wheel encoders to measure the speed of the wheel, multiple lidars to identify obstacles around the car, HDR cameras and GPS. The data was processed by the software to make the car 'drive' like a human. Apart from this, pedal robots have been attached with the accelerator, brake, and clutch and connected them to the software.