You might not know these less known facts about Bill Gates 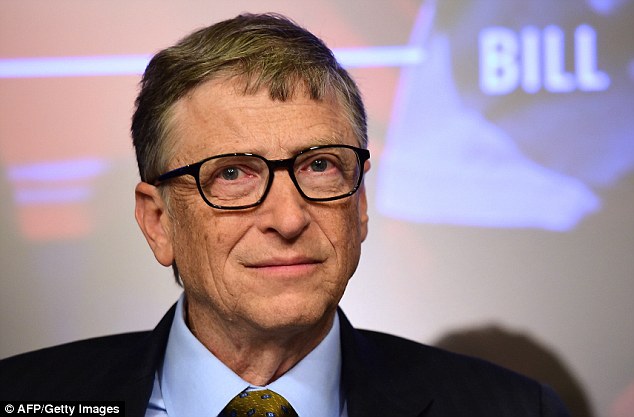 Bill Gates aimed to become a millionaire by the age of 30. However, he became a billionaire at 31.

If Bill Gates was a country he would be the #63 richest on earth.

Bill Gates' children will only inherit US$10 million each, out of his US$72 billion net worth.

Bill Gates was arrested in New Mexico in 1977 for jumping a red light and driving without a licence.

In 2004, Gates predicted that the problem of spam email would be gone within two years.

6 million lives were saved by Bill Gates with vaccines and better healthcare.

Bill Gates continued to fly coach until 1997, when his net worth was already US$36 billion.

$28 billion dollars were donated by Bill Gates so far.

Bill Gates pays over US$1 million per year in property taxes for his house.

According to Bill Gates, by 2035, there will be almost no poor countries left in the world.

At a spending rate of $1 million a day, it would take Bill Gates 218 years to spend all his money.

Bill Gates wrote rival Steve Jobs a letter as he was dying. He kept it by his bed.

Bill Gates bought Leonardo Da Vinci's Codex Leicester in 1994 for US$30 million. A few pages were used as screen saver on Windows 95.

When Steve Jobs accused Bill Gates of stealing from Apple, Gates said, "I think it's more like we both had this rich neighbor named Xerox and I broke into his house to steal the TV set and found out that you had already stolen it."

During a TED talk about Malaria, Bill Gates opened a jar full of mosquitoes onstage so the audience would be able to empathize better.

Bill Gates' Foundation spends more on global health each year than the World Health Organization of the United Nations.

Bill Gates and other investors have secured a 'doomsday seed vault' to preserve a wide variety of plant seeds in the remote Arctic Svalbard archipelago.

Oops! This site has expired.

If you are the site owner, please renew your premium subscription or contact support.